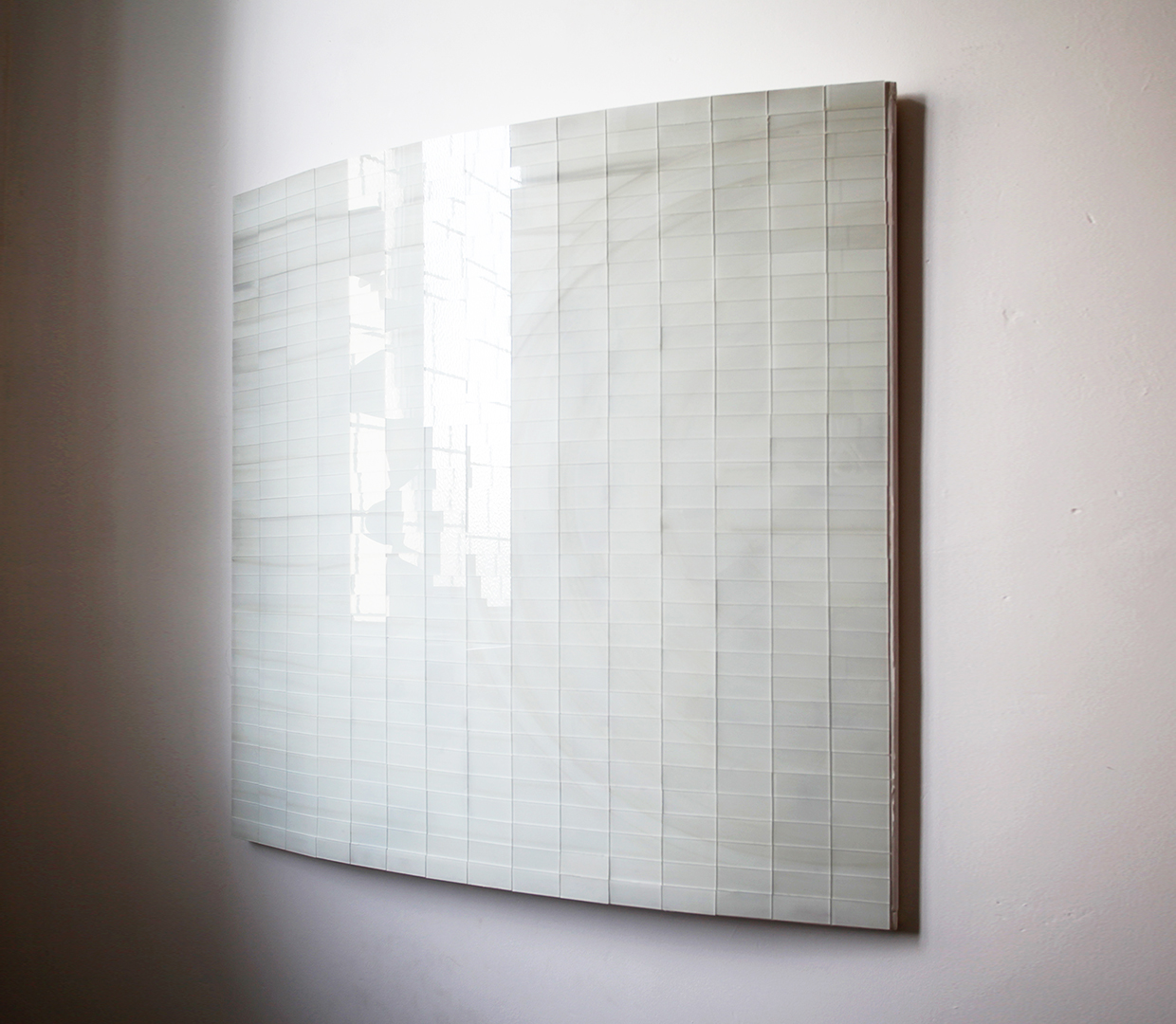 In addition to the best-known temples and shrines there are many smaller religious structures punctuating the streets of Tokyo, tucked in between modern developments. One such Buddhist temple is Shugen-ji. To one side of the temple is a graveyard with shrines, and a columbarium-like structure for the storage of funeral urns. I witnessed the raking of gravel here: a meditative representation of water and waves, or of emptiness. For these two Vermeer pieces I wanted to reproduce in the brush strokes the way that gravel is raked, with contemplation and with mindful intention.

In Japanese gravel gardens, the troughs and peaks of raked gravel represent the waves of the ocean.

“Karesansui gardens express water surfaces and wave motions through sand patterns called samon. The history of creating waterless gardens in confined spaces dates to the 11th century. Zen ideology was popular in the 14th century when the Samurai became powerful. As the white sand scattered in gardens symbolized purity, they became sites for rituals and ceremonies.” 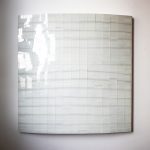 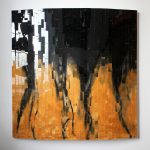