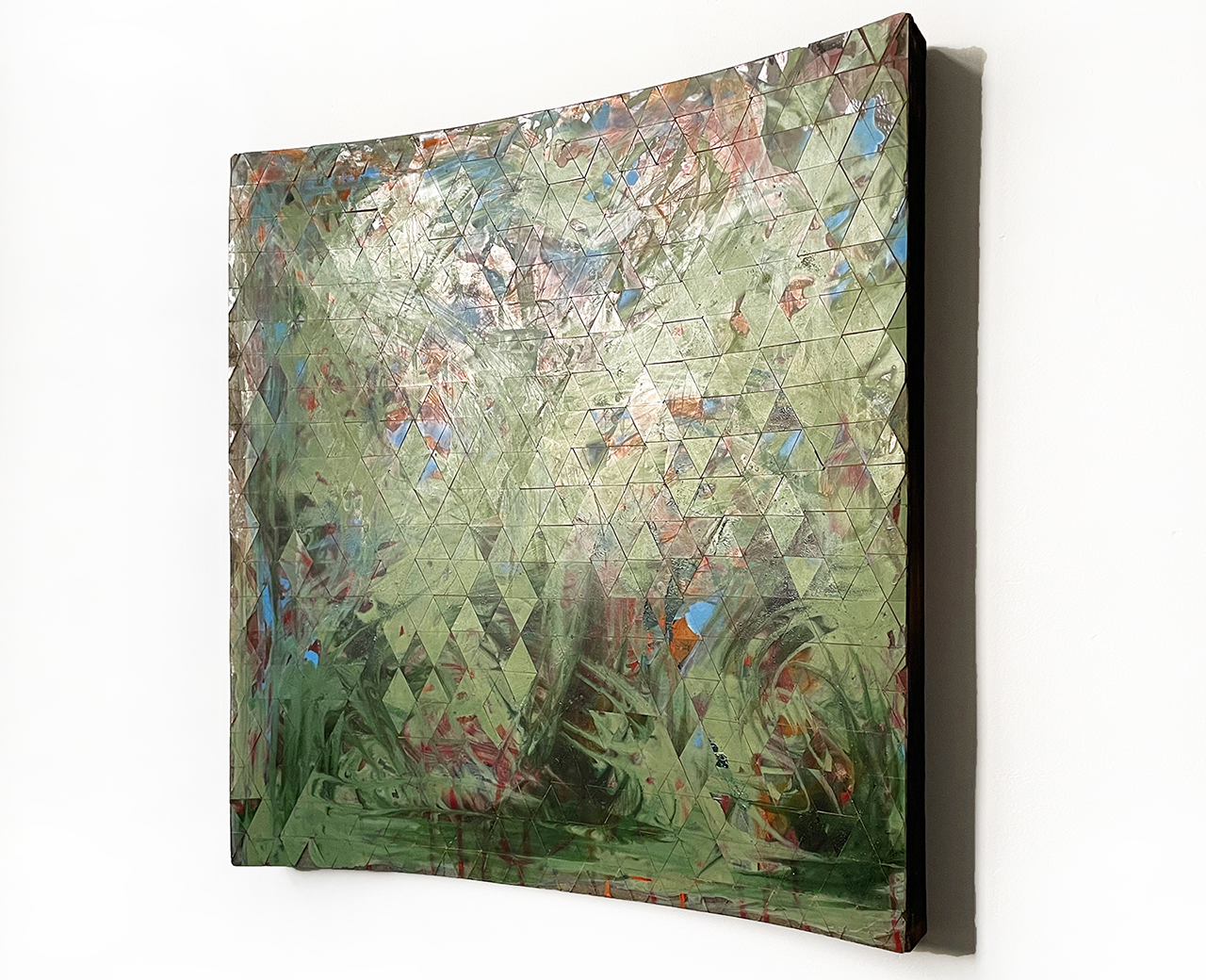 Watching a bonfire, open hearth or firepit is mesmerising, hypnotic, intoxicating, transfixing. There is so much to understand about this simple but fundamental chemical combustion. Fire can destroy and allow regrowth, when used appropriately. Fire has many ritualistic connotations, such as lighting votive candles. Fire is an example of plasma, one of the four fundamental states of matter, along with solids, liquids, and gas. The Pyro series considers this heady mix of spirituality and science.

The pandemic was a call to notice what is happening to our planet. One concern is carbon capture, because so much sequestered carbon is being released into the atmosphere, mostly by burning fossil fuels and our rainforests. When fossil fuels are burned, they release large amounts of carbon dioxide, a greenhouse gas, into the air. Greenhouse gases trap heat in our atmosphere, causing global warming.

The Pyro series can be seen as a flaming alarm of climate change, a call to notice the problems, identify and understand the issues which we can change to make a real difference to the health of our planet. Pyro is also a celebration of this fundamental state of matter, prompting a conversation about our use of fire and an acknowledgement of its power to transfix and enhance our lives.

The work is a collaboration between sculptor Rebecca Newnham, who has a special interest in glass and artist filmmaker Lizzie Sykes, who specialises in responses to landscape. Lizzie was hands on in the creation of the works and has created a film which accompanies the Pyro series.

Pyro and Pyro II are glass wall panels with a concave timber frame, with singed edges. The glass was painted with glass enamels in response to the flames which blackened the frame, and which helped to dry the enamels. The frame encourages the viewer to draw closer, to inspect and examine the glass surface. The surface of Pyro is made from 1000s of tiny glass squares, mosaiced to undulate and scintillate. Pyro II is made up of triangles, a symbol of fire. 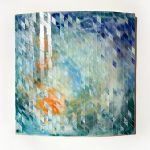