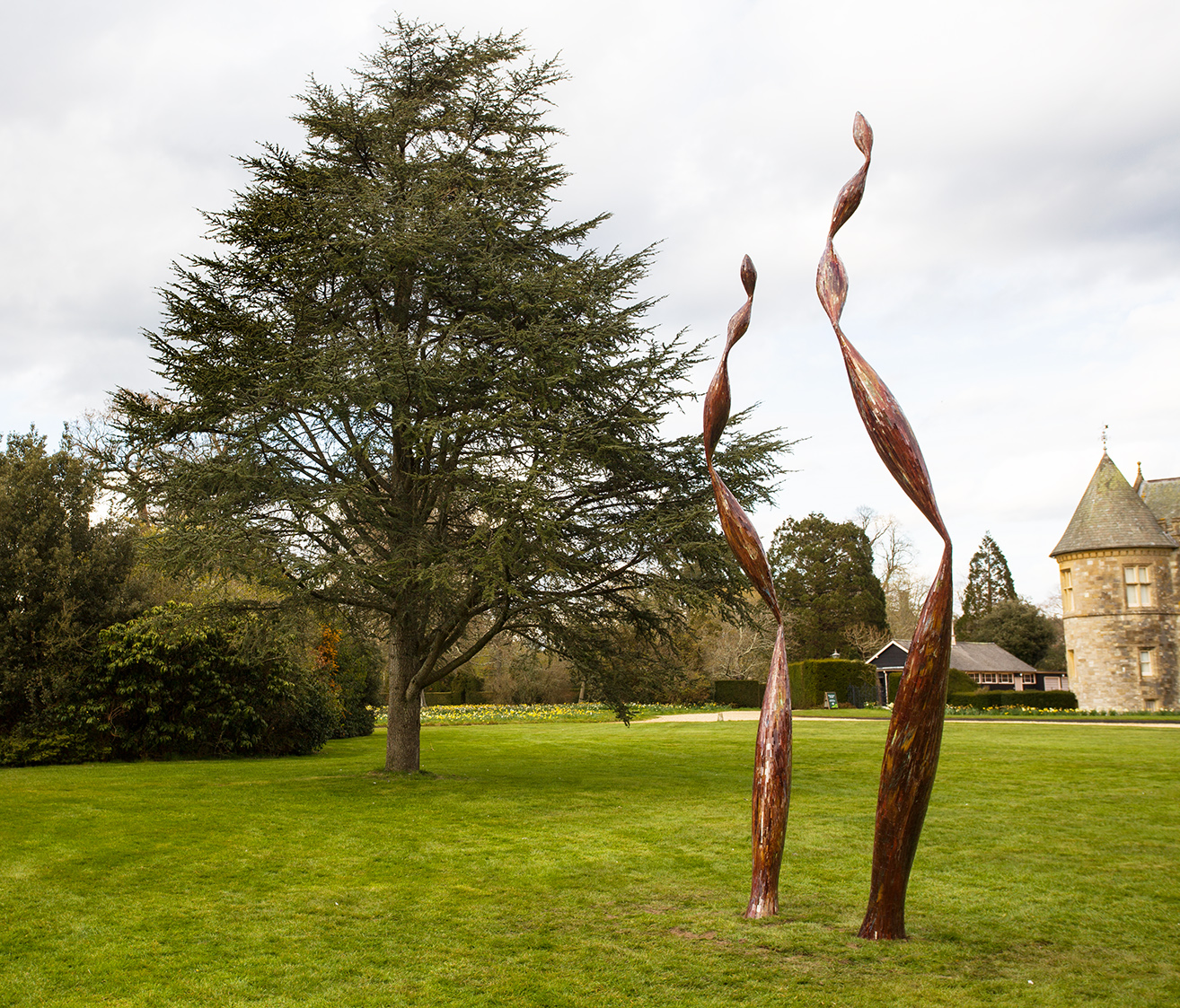 Quercus has a new glass skin, added in 2021. The glass was painted in response to experiencing ancient woodland. At winter solstice 2020, at the end of a year like no other we had ever known, I visited Kingley Vale, an ancient yew forest on the South Downs. The limbs of yew entwined and grew together as if they were a single organism, and created primitive vaulted spaces which are natural shelters, cave like. It had been raining and the wet boughs glowed in the rays of the end of the day, mid-winter, warm sunshine. The rainwater had revealed vibrant tones in the timber, not usually visible, the lighting and weather enhanced the magnificent, benevolent, bold,  natural cathedral of wood. I took tree rubbings on paper with pastil, and when back in my studio added inks in the vibrant tones that I remembered. These drawings informed the way I painted the glass for Quercus. I tried to capture the earthy, raw energy.

Quercus demonstrates my preoccupation with energy and the language of botanical form which unites academic scientific analysis, the soothing order of mathematical patterns in particular Fibonacci and the Golden Section with glorious, joyous spirituality.

The pair of sculptures are 5m and 6m tall, and spiral skyward in a celebration of the oak. They consider the proportion of the oak leaf. I asked ‘what characteristics makes an oak, an oak’ during a residency at The Hillier Gardens, which has a world famous collection of oaks. Oak trees have lobed leaves and acorns with cups. Many trees have lobed leaves, but the oak is distinctive; it has a unique proportion, which Quercus celebrates. The bodies of the pair are in sections, which have the proportions 1,1,3,5 from the Fibonacci sequence of numbers, and the angle that they turn through is the Golden section angle, found by dividing the circumference of a circle by the golden section proportion and seen repeatedly in the natural world. The golden angle is often the angle at which branches join a central trunk or stem, to maximise exposure of the leaf surface to sunlight.  The physical presence of the sculptures are essentially tree like, in minimal or skeletal form. 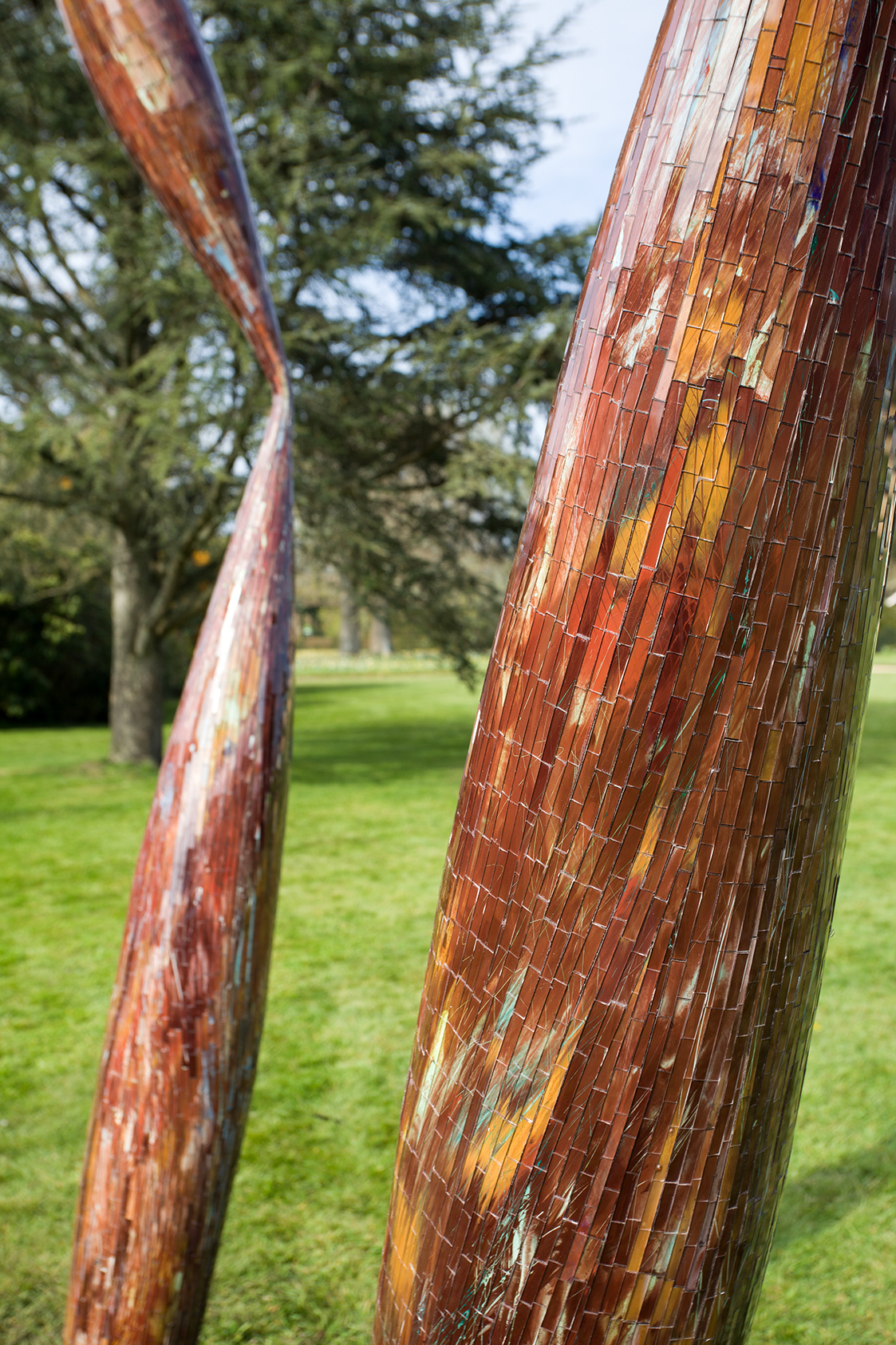 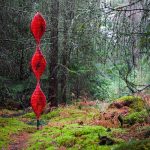