Here are some stills from ‘Smash’, a sculpture and film collaboration project with film maker Lizzie Sykes.  I fused a series of glass curves which had lots of tension in them, from recycled glass. We smashed them in a studio and filmed it.  Lizzie captured slow motion high quality footage of this cathartic release of pent up tension and the sound is magnificent too.

The reason we made ‘Smash‘ is that we had been working together for quite a while, Lizzie was projecting her film onto one of my sculptures in an open studio event with other artists and creatives. At the end of an exhibition there was an accident and the glass screen was knocked over and exploded onto the floor. It was a wow moment, all the energy that had gone into making the piece was released like a firework. It was spectacular and we set about capturing it on film.

We projected the resulting film onto different screens and alos projected onto sculptures including the Sound Parabolas. The forms of the fused glass curves that were smashed in the film echo the parabolic curves of the sculptures which are 2m x 1m x 1.5m. 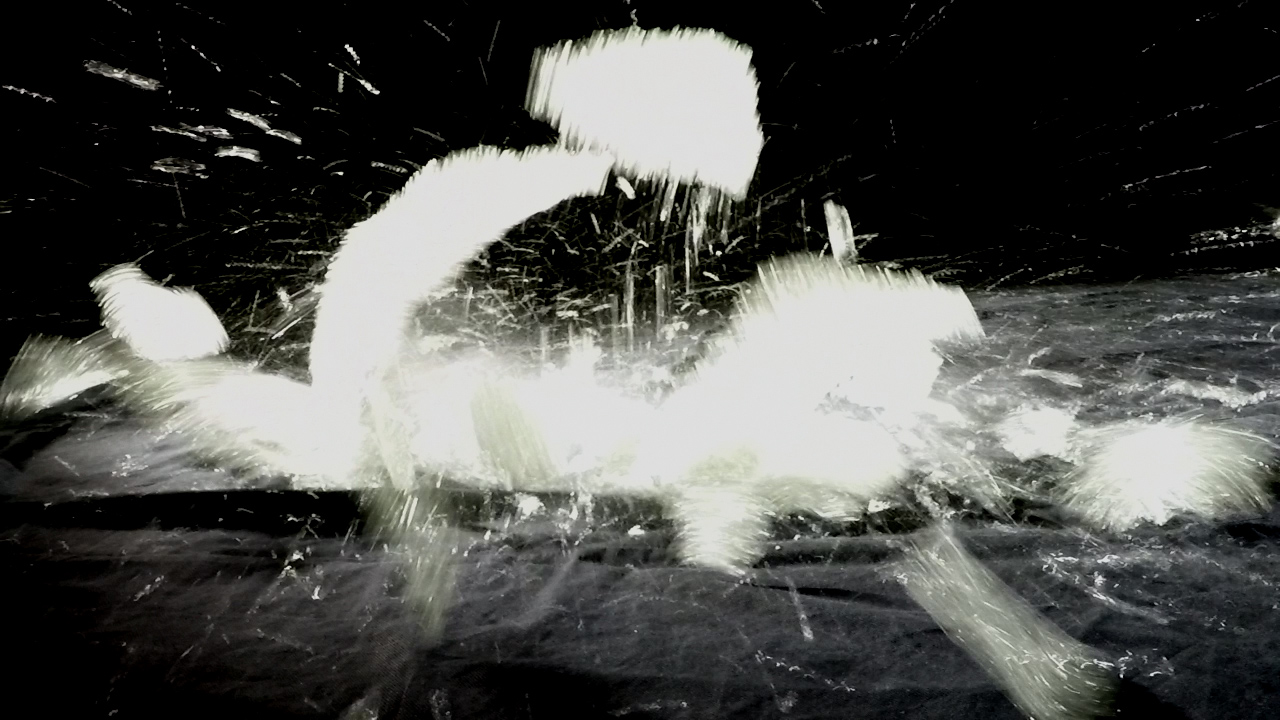 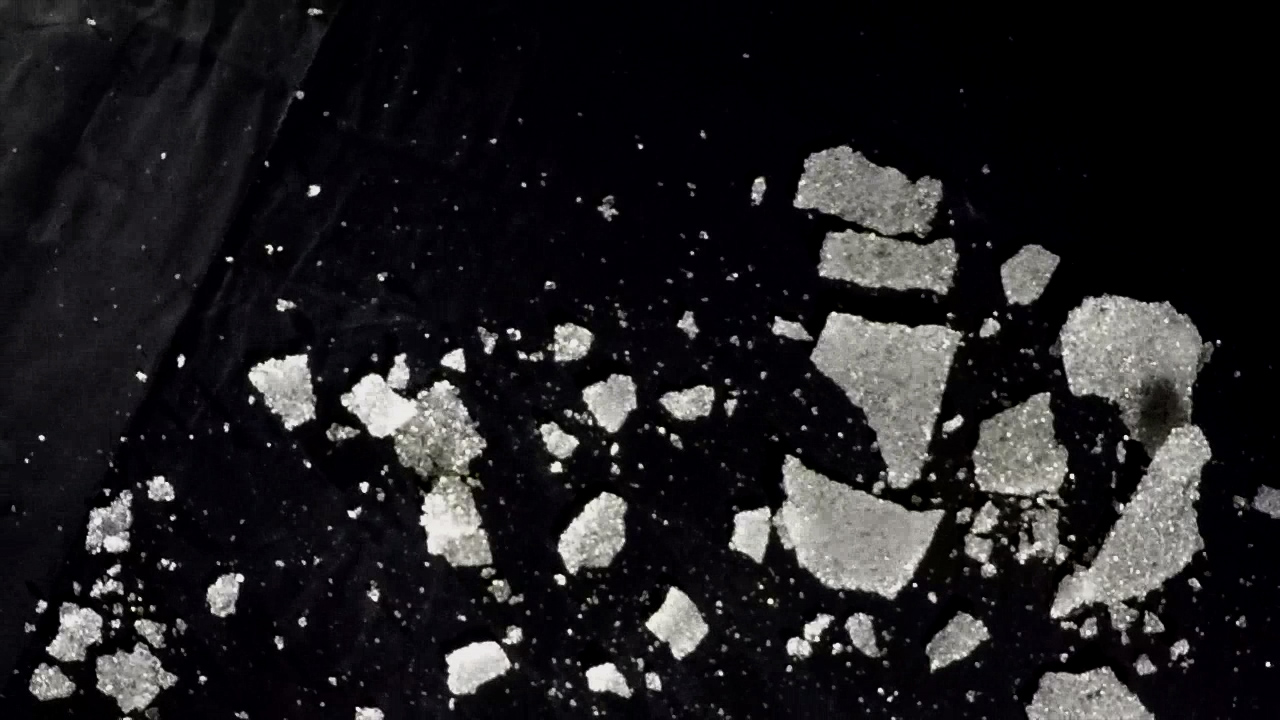 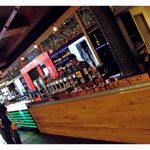 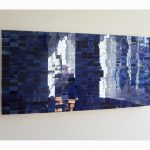