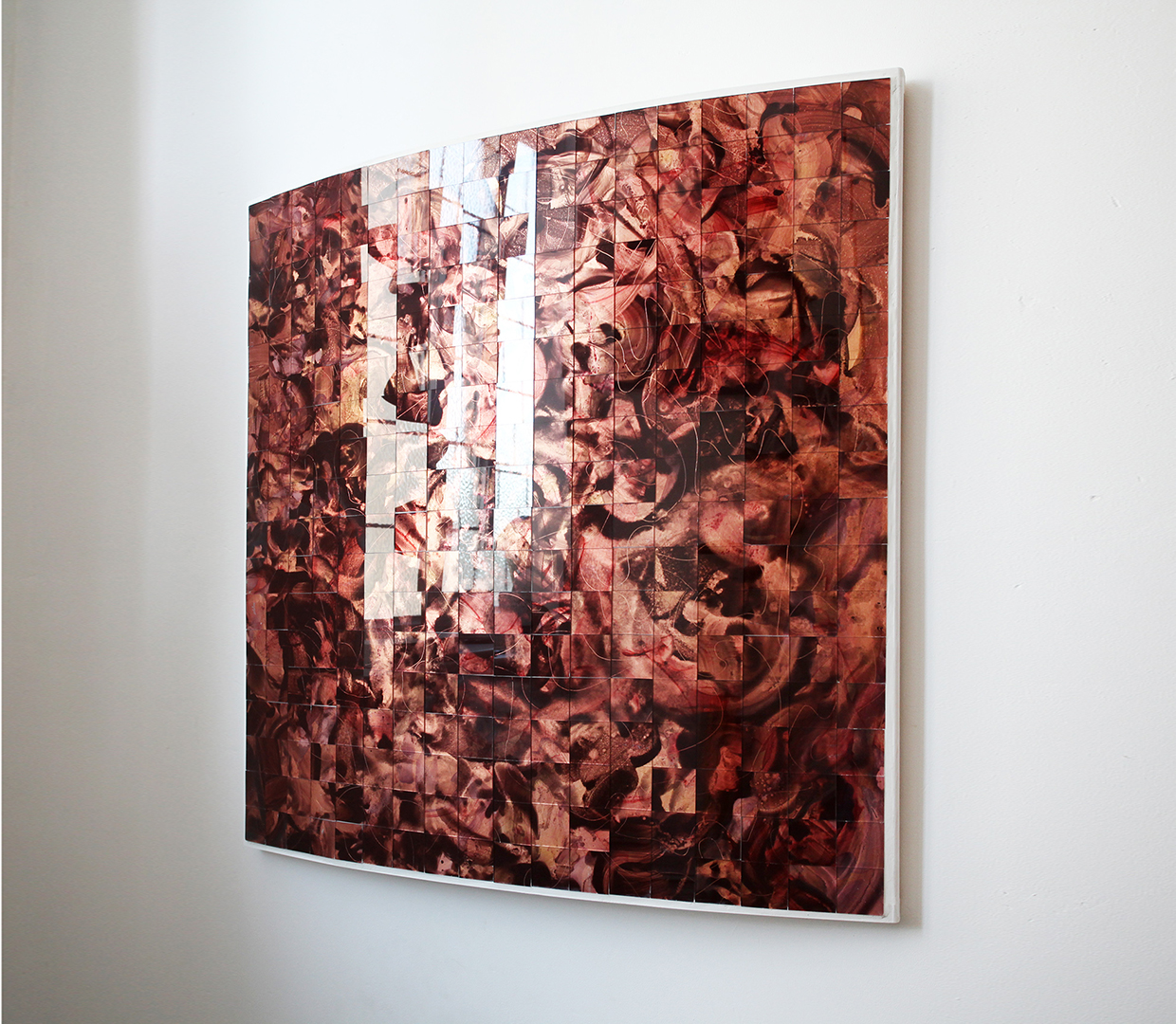 Vermeer 30 is inspired by Fudo Myoo, who is one of the five Wisdom Kings in Buddhist texts. This panel references a 12th century sculpture in the Tokyo National Museum in Ueno Onshi, which has carved and painted flames behind the figure, framing its distinctive and fearsome facial expression.

hism and folk religion. As a manifestation of the central cosmic Buddha Mahavairochana (Japanese: Dainichi), Fudo is believed to protect Buddhism and its true adherents.”

The glass is painted and then drawn into, to echo the movement in stylised flames. This work has copper leaf gilded onto the reverse to make the colours glow and radiate warmth. In the museum, I saw screens which had been gilded and then overpainted with images. The overall effect is of a reverent and gentle radiance, which both reflects the light and has it’s own luminosity from beneath the surface. 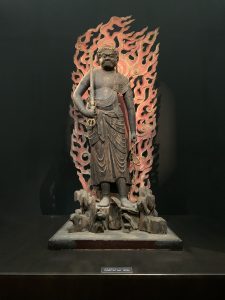 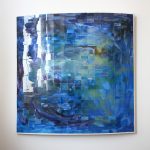 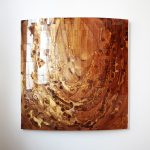