Qualities of a material have always fascinated me. Walter Gropius and his mantra that, ‘Form Follows Function’, was fundamental to the Bauhaus movement. A development of this is to examine the inherent differences in a material and allow the standout qualities to be the most important aspect of any finished thing. I aim to allow the material to be intrinsic to the work and a substantial element of the design.

The historical use of any material is also curious; how something was previously employed can influence its redeployment so a broken bathroom shower screen which when fused back together in a kiln produces a green glass tray with holes and visible healed fracture lines is perfect for use as a soap dish. The holes offer drainage. In these precedented pandemic times, society has misused natural resources to the extent that a virus which was concealed within species whose natural habitat has been destroyed by human attempts to produce abundant food crops by cultivation of virgin territory rather than less productive farming methods which are gentler on the environment. Heal soap dish reminds us to protect the vulnerable by washing our hands to slow spread of a virulent virus and to reuse materials produced from sand, a limited, precious natural resource.

Watching a bonfire, open hearth or firepit is mesmerising, hypnotic, intoxicating, and transfixing. There is so...

Open Now! Together We Rise at Chichester Cathedral.

Together We Rise comprises over 30 artworks by Royal Society of Sculptors members, presented within Chichester... 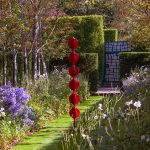 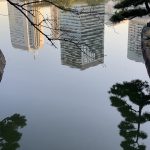