Following the intoxicating, sublime serenity, and stimulation of the Nezu Museum and Gallery in Tokyo, Japan, we went to Team Borderless. This is a creative digital mecca, a collaboration of minds expressed in a wealth of innovative, stimulating visual feast.

It is fully immersive, saturating, fabulous and completely overwhelming. As we entered, we found a room leading to another room with projections on the walls. The room was pleasant and sort of exotic, quite dark but with bright imagery and then this opened into a huge space double story space. It was mostly dark, so you could not really see the floor which was a Teletubby landscape like undulation. This was a bit disorientating and at the same time, the darkness was interrupted by bright creatures who were projected onto the sloping ground and walls. After taking this in I became aware that there were low tables with people colouring in drawings of the creatures who were moving around the space. The creatures were lizards, snakes, and butterflies. As people completed their colouring, a helper scanned in the drawings which magically became animated and appeared somewhere. You could follow your animated drawing and admire all the hundreds of others who were following their own algorithm. Next spaces offered installations to climb on and take selfies to your heart’s content. One installation was a suspended rope play park and another made music that you could interact with, in the form of climbing grips which played a note as you touched it, whilst scaling up and down poles in a labyrinth of musical melodies. It lit up too.

Following this was a room with the scanned digital creatures again, but this time they were underwater ones. Now we knew the game we enjoyed it even more, with slightly competitive colouring and delight at following them swim around the simulated aquarium.

On the way to the next space, we encountered a procession of ghostly figures, toads, and costumed figures in a musical circus-like pageant. Then we had tea. We had booked in advance. The extra charming experience was that flowers bloomed in your cup and spilt over and danced up the walls.

The next space was of thousands of dimly lit glass pendant lights, creating a landscape of warm tones. Very flattering selfie opportunity. Everyone was taking advantage before we were directed to the next queue for the next new experience.

Another space was a high ceiling to floor room filled with light strips, where LEDs lit up in patterns and dazzled. It was named ‘Crystal Maze’

There were many more astonishing experiences, every surface throbbed and animated. It was spectacular, too much, but absolutely wonderful. I am so glad I went but I no longer aspire to make immersive art. It has happened.

We headed to the iconic Shibuya crossing and admired the controlled zebra-like crossings and the human traffic, all doing exactly as instructed, no jaywalking at all. There were many illuminated video adverts with music and messages competing for your attention. We found a relaxing sushi conveyor belt restaurant in the back streets with iPads to order our food and chilled in the bright, clean interior.

No Woman is an Island 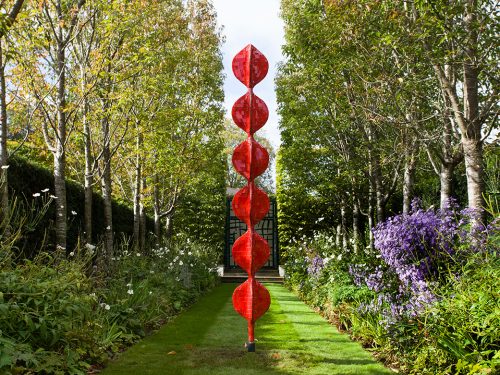 Unpacking my Archive of work up to May 2022 - an opportunity to share a quick overview of my work to date.... 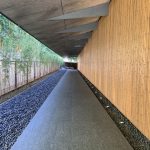 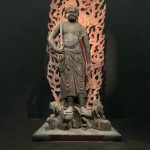