Allusion – in collaboration with Lizzie Sykes

Allusion uniquely combines dance, film and glass sculpture and is the result of a creative collaboration between Rebecca Newnham and Lizzie Sykes. It consists of a site-specific dance film projected through and onto a curved sculptural glass screen. The glass sculpture was made to reflect the film, and its enamelled surface captures the projected images so that they are visible from both sides.  The whole forms an arc or a freestanding curve, to be observed from every angle.

The film itself was made in response to the interior of a historic home, Mottisfont in Wiltshire, and takes inspiration from female roles within the house.  The dancer embodies perpetual performance, as though trapped in a kind of stasis, or as if the dancer herself becomes one of the many artifacts within the house.  This is enhanced by the film’s painterly aesthetic and the painted glass surface. The enamelled glass has been cut into tiles, representing pixels, which have been rearranged, with some tiles inverted, a reference to how the human brain intuitively interpolates misplaced or inverted images when processing visual information.

The piece sets out to examine how we consume and experience images physically, the nature of a screen and the way that screens proliferate in everyday life, whilst also seeking to bridge the gap between traditional disciplines and digital images.  The idea was to take what is a kinetic notion of dance film and locate it in a physical context, to encourage the viewer to be a ‘moving observer’ or to experience the work with their whole body.

Allusion works with the medium of  time: its passing and how we manipulate and manage it, both as artists and as audiences.  Screens of one form or another themselves  occupy much of our time every day but we rarely question them. 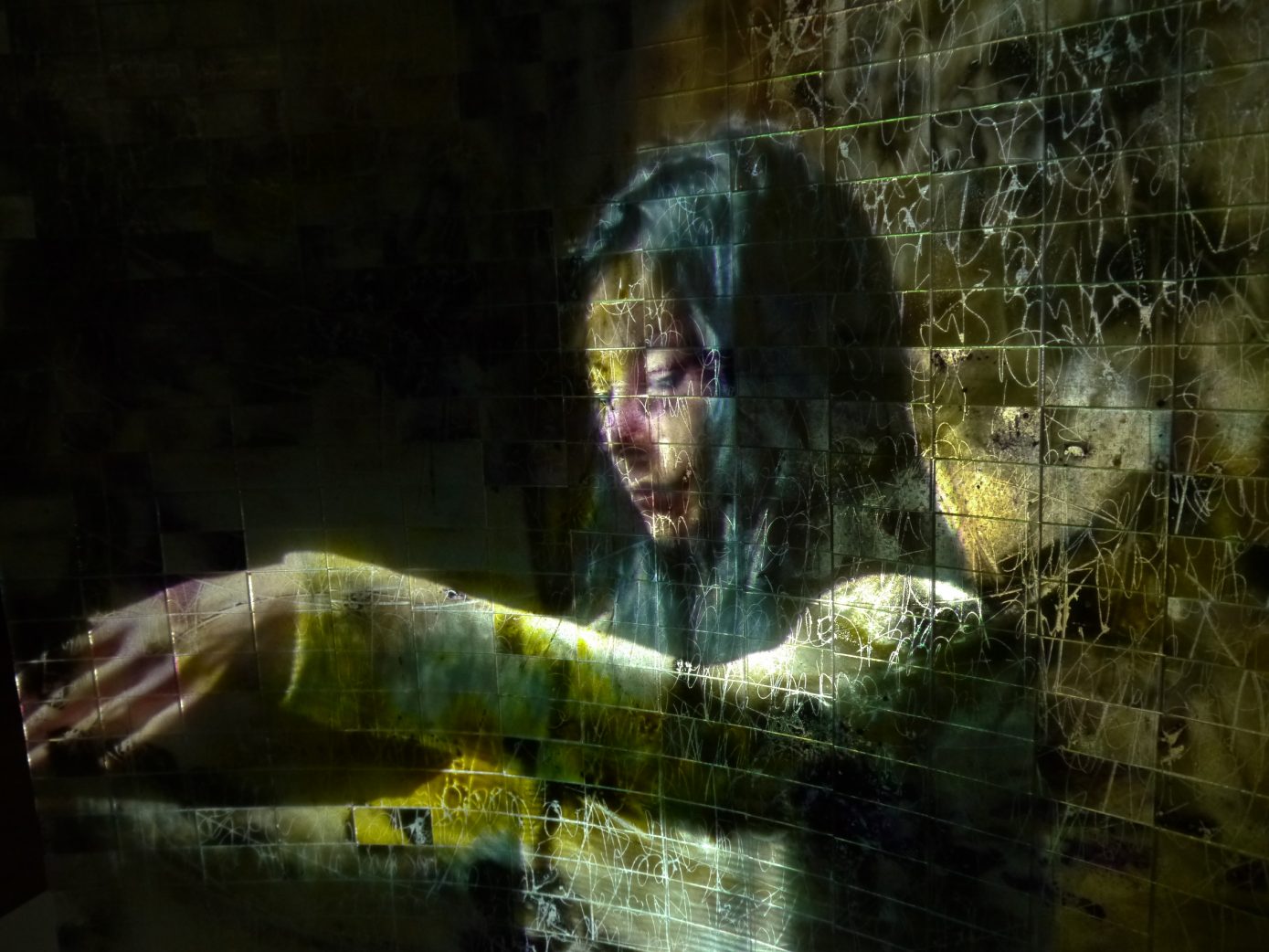 the making of the sculpture, the wet glass was etched and incised by hand prior to firing, and mica and minerals were fused into the glass, in a way which is in direct response to the film and to Mottisfont Abbey where the film was created.  The multifaceted or pixelated surface both enhances and partially obscures the dancing figure. 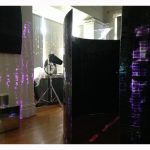 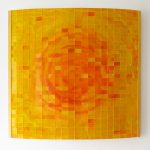