Work that creates Wonder: the beautiful Aeolian in progress

Work that creates Wonder: the beautiful Aeolian in progress 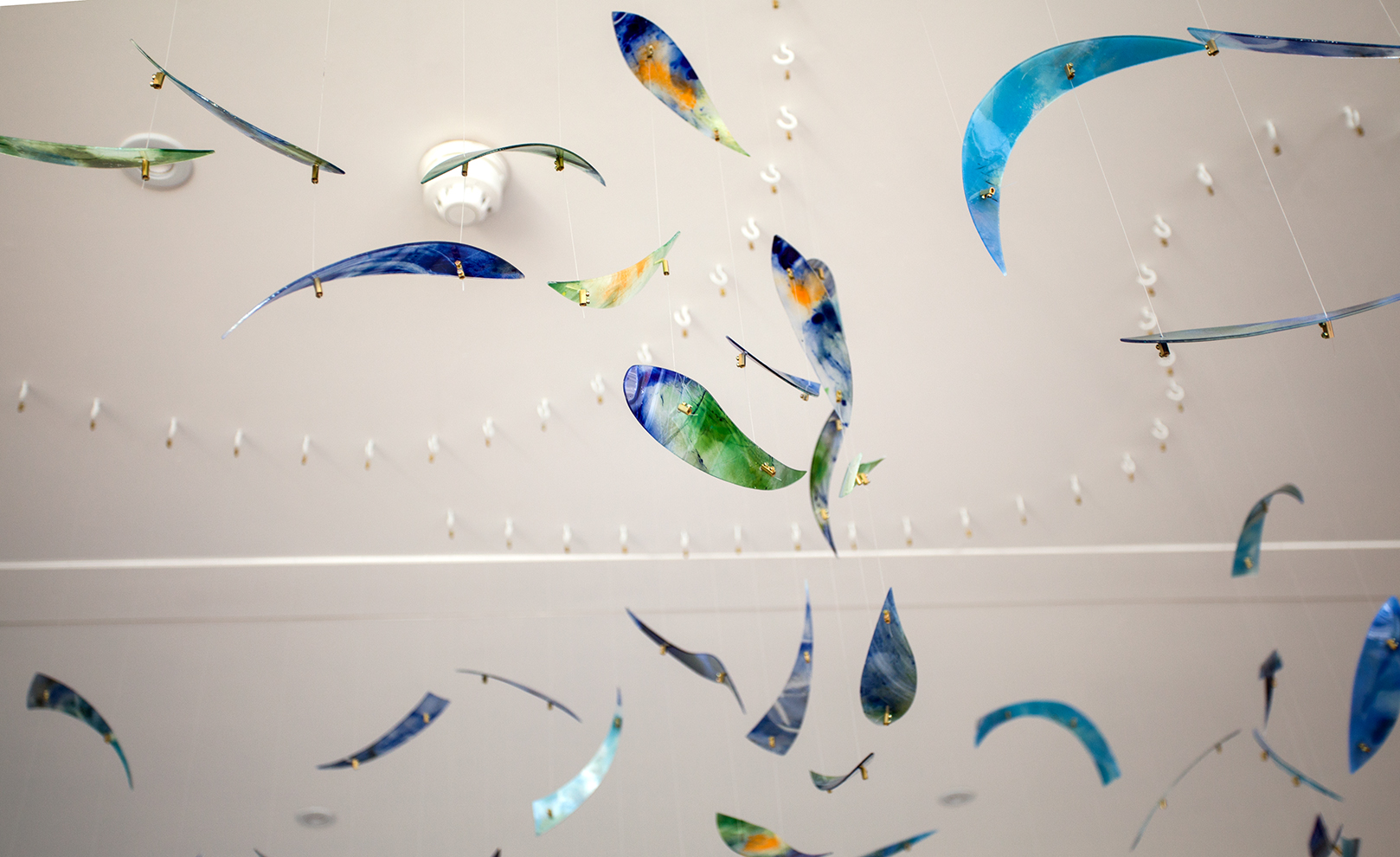 Roots restaurant asked me to design a suspended glass installation earlier in 2021. Roots is run by Jan and Stacey, who are passionate about food and art. My studio is not far from Roots, we are both on the top of a cliff in Southbourne, and it gets breezy here by the sea!

Aeolian references the repeated rolling motion and sound of the rush of the wind, and the waves of the sea which is ever present in the background here.

Curves drawn in the ceiling by the curtains of glass are taken from drawings that study how waves break, and 100 threads extend down, following these lines which curl around the ceiling. Glass pieces are suspended from the threads and arranged in repeated oscillations. The work can be viewed from a distance when outside the restaurant and when inside, it takes full advantage of the high ceiling. As a viewer moves around the restaurant the work is constantly changing and is observed as multiple, transparent layers. Each of the glass forms is different and the outline is influenced by drawings of the breaking waves on the beach below.

I constantly learn from the projects I complete and add to the skills which define my sculpture.  The way I painted the glass for Aeolian was influenced by the Oceania series of wall panels which I have recently completed. Glass is painted in glass enamel colours inspired by observations of the sea and the sky and was slumped in a kiln into gentle arcs to suggest movement, and then drilled. I made a full-size 10m long drawing of the profile of multiple undulations which looked a little like a musical score. As always, the spaces between the glass pieces are as important as the forms themselves, and I used adjustable brass grips which allow them to take a position on the vertical threads which make up the whole.

Previously, the suspended works that we have made have been larger in scale (most recently, Vortex in a 10m high atrium space in The STEAM Hub at Talbot Heath in 2019,) and the project is a refreshing change to the way I usually work. I particularly enjoyed feeling as if I was drawing in air with glass, rather than creating a form to which I added glass.

Roots is still undergoing refurbishment, so the photos are of work in progress. 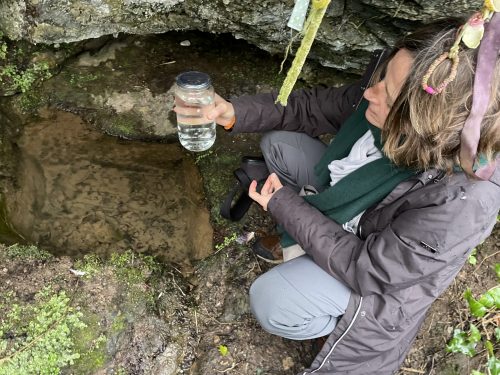 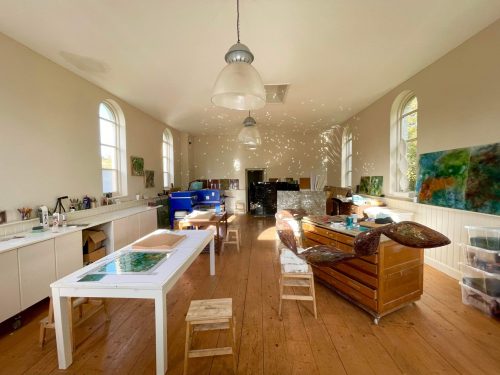 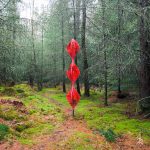 An astounding collection: The Rise seriesPREV 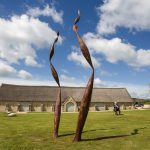 The Stunning Renovation of a Legend: QuercusNEXT